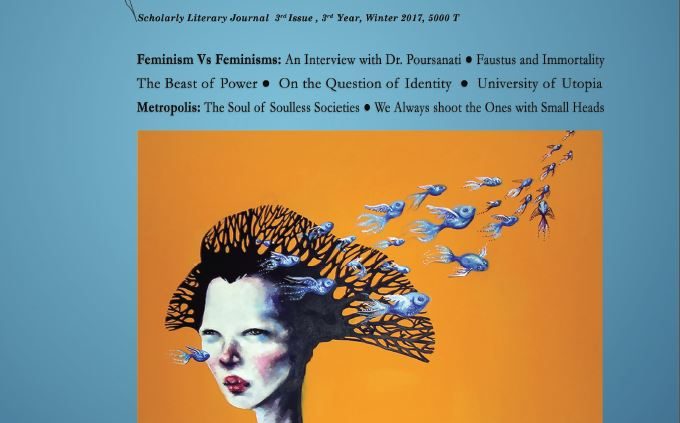 The Story of a Gamer to a Translator

By Farbod Azsan in reply to our correspondent Babak Khodadoust

A former student of English Literature at ATU at B.A. level, Farbod Azsan is now doing his M.A. in literature at Tehran University. Apart from his rank of 8 in the M.A. entrance exam, he is also the translator of several books, among which are “A Clockwork Orange”, “Metro 2033”, “Metro 2034”, Pride of Baghdad, V for Vendetta, and “Zom-B”. In the following parts, some additional information about his experience at ATU, his procedure of study for M.A., and his translations will be presented.

How do you describe your experience as a student in Allameh Tabatabaei University?

Any society that doesn’t live by the spirit of brotherhood and friendship is bound to produce unhappy, uninterested members. I was fortunate to be a part of a society that lived by such spirit, at least from my point of view. Our class was great, a notion that was reiterated by many of our professors. My classmates had a wide variety of passions and interests: history, linguistics, philosophy, music, technology, politics, pop-culture and of course, life itself. I could talk about a different topic with each one of them. So the discussions never got boring or repetitive. In general, I got along very well with everybody and after the very last exam, when we said goodbye and I got home, knowing that 4 years of companionship and togetherness was simply over, I felt a genuine sense of loss.

Our professors were very kind and informative. Even some of their decisions that I found disagreeable at the time proved themselves to be blessings in disguise in retrospect. For example, I was dissatisfied with the fact that we had to give so many presentations. I was of the opinion that giving presentations was a MA/PhD kind of activity and BA students should just sit back, relax, listen and learn. But now that I’m a MA student, I realize how important the experience was. I remember for my very first presentation, I wrote a script and memorized it. That’s how unconfident I was when it came to speaking in front of an audience. I gradually improved. By the 2nd year, I would read excerpts from Powerpoint and the elaborate on them. By the end of the 4th year, I could give presentations on the spot, without preparing anything at home or relying on any written material. If it wasn’t for this experience, I probably would have a hard time giving presentations on MA level.

My main gripe with Allameh as a BA student was the marginalization of English literature in a course that took its name. Out of the 140 credits that we passed, only 40-50 of them were related to literature. I’m not saying other subjects were not useful. I have learned a lot of valuable information from them. But the thing is English literature is itself a boundless ocean. You will never run out of things to talk about it. So if this course is ever going to be taken seriously, it needs to be more literature-oriented; the number of literature-related credits should at least be doubled. The units related to General English need to become fewer and units about Translation and Teaching should be taught separately in their own exclusive BA course. This is especially important, because some of my classmates were not interested in literature and they only took the course, because a BA course on translation or teaching was not available in Allameh back then.

Apparently a unit about mythology has been added to the curriculum recently. That was a step in the right direction.

Please illustrate your process of getting through the MA Entrance exam?

To be honest, the ranking I got in Konkour was not the result of a concrete study plan; it was caused by factors like luck, random pieces of information gathered here and there and crazy leaps of faith during the exam, that to my surprise, were actually fruitful. If you have seen the movie “Slumdog Millionaire”, you know what I’m talking about (Of course my case is much less dramatic).

Let me give you some examples:

There was this question about the discovery of a manuscript that led to a 3-volume ballad collection. I knew its names was “Reliques of Ancient English Poetry” by Bishop Percy, not because I had studied it for Konkour, but because I remembered it from the book I had to read for “survey I” mid-term exam. When I stumbled upon the name, I made these unique, playful connections about it in my head, connections like: “Relique, that’s a cool archaism” or “Bishop Percy reminds me of Percy Shelley” or “who has the patience to read 3 volumes of ballads?” And just like that, the work and all the information relevant to it were stuck in my head for years.

Another question was about Samuel Beckett’s Film (۱۹۶۴). From my countless hours of surfing IMDB pages and Wikipedia pages of movies, I knew Buster Keaton acted in that film, so I chose the option that said it was written as a tribute to Buster Keaton. Of course, I was a bit doubtful, because I knew the role was originally written for Charlie Chaplin and he turned it down, but the answer ultimately proved to be correct.

As mentioned, there was some guess work involved, with a mixture of right and wrong combined. For me, the most satisfying case, which made me feel like an amateur detective, was question #149:

The Romantic figure ……. excelled as a songwriter both in Standard English (as in “Up! quit thy bower”) and in the Scottish dialect (as in “Woo’d and married”).

I didn’t know any of these poets, but I noticed something about their names: “Smith”, “Robinson” and “Edgeworth” all sounded like authentic English surnames, while Baillie didn’t, at least not in its orthography. If there was anyone among them who was inclined towards Scottish pride, it had to be her! So I chose Joanna Baillie. Of course, this reasoning was faulty, because “Baillie” also has English roots (from Bailiff) and not Gallic ones, but the answer proved to be correct, so I guess this faulty reasoning counted for something.

Having said all this, I did study some material before the exam, mostly sporadically:

For General English, I watched the Kevin Flanigan’s “Building a Better Vocabulary” and read his guidebook, which contained around 300 GRE-level words and phrases.

I practiced with a useful software called “Ultimate Vocabulary” which collects GRE and TOEFL level words in manageable lists and allows you to memorize them through mini-games.

For English literature, I covered “Norton Anthology of English Literature” up to second half of 16th century. I had also read M.H. Abram’s “A Glossary of Literary Terms” cover to cover.

Overall, these were my results:

Would you give us a background of your translating career, please?

It was in the summer of 1391 that I had a life-changing epiphany: I can dedicate all the spare time I have to a noble cause: translating books. I wasn’t a stranger to the activity, having worked as a translator of video-games related news for Bazyrayahneh website when I was a teenager. At first, I was torn between two choices: A Clockwork Orange and Fight Club. But soon I realized that it’s better if I start with simpler texts and accumulate experience without exhausting myself. For this purpose, I chose Metro 2033, A Russian post-apocalyptic Science-fiction novel that inspired a video-game I admired.

As I was translating the book, I developed a concern: If I’m going to be taken seriously and have my work read, if I’m going to avoid having my work plagiarized and being mistreated by publishers I’m going to work with in the future, I need to build some sort of reputation very quickly. Thanks to the internet, this is not a hard thing to do nowadays. So I created a mental future plan:

– I need to promote my blog.

– People should be compelled to visit it regularly.

As for promoting the blog, at the time, I heard news about Darren Shan’s new 12 volume saga: Zom-B. Darren Shan is a very popular author in Iran and I remember reading his “Cirque du Freak” when I was younger and enjoying it. The novel was also post-apocalyptic and since post-apocalyptic science-fiction is my favorite genre in speculative fiction, translating the work and using it as a platform to promote the blog seemed like a no-brainer to me.

As for compelling my visitors to come back to the blog regularly, I decided to translate pages from tvtropes.org and publish them weekly on the blog. Tvtropes is an interesting website that is bringing back Structural approach to fiction in a big way (not in academic circles though). Tvtropes has a highly personalized terminology which can ward off any undedicated newcomer. So I thought by translating it to clear understandable Farsi, I’m doing valuable service.

By the summer of 1393, I reached the level of confidence I needed to take on translating A Clockwork Orange. I spent the whole summer on the book (and a comic book alongside it: V for Vendetta) and finished the final edit by 20th of Shahrivar. I didn’t bother looking for a publisher, because I knew it was going to be heavily edited and censored, so I published it as a free e-book.

What might be subject of interest for aspiring literary translators is how you can get into the business of publishing and the answer is, according to my experience: easily. When I finished chapter 6 of Metro 2033, I sent an excerpt to Tandis Publishing by e-mail, I gave a short explanation on what the book is about and asked whether they are interested. Two days later, I received an answer: Yes, we are. We arranged a meeting, got to know each other and once I got their verbal confirmation that they’re going to publish the book, I continued my work with ease of mind. After the book was published, I managed to get the consent and blessing of the author of the book (Dmitry Glukhovsky) and he promoted the Persian translation in social media.

Overall, I kept on translating (and occasionally, writing) for the past 4-5 years, both books and material for my blog. I managed to make Parian publications interested in my tvtropes articles, again, with just one honest straight-forward explanatory e-mail, and now it’s being fleshed out, expanded and revised. Hopefully it’s going to be published soon, as a 200,000 words plus tome about fiction in all of its shapes and forms, with a special focus on Fantasy, Horror and Science-Fiction.

These are the works I have translated so far:

– I Have No Mouth and I Must Scream (Short Story)

– On Some Functions of Literature (Article by Umberto Eco)

My criteria for translating all these works, and the projects I’m working on now, was, and remains to be, personal interest. Except for Metro books, I haven’t gained money from any of them (at least, so far) and I really don’t mind. Literary translation is ultimately a very lonely, tiresome and unrewarding activity and if you don’t believe in the inherent value of the work you’re doing, you’re probably going to abandon whatever you started half-way through.

The translation works of Mr. Azsan are usually available online on his website www. frozenfireball.mihanblog.com. He is also active in the fields of literary theory and literary criticism.