Imagine playing a fantasy/sci-fi game with a gorgeous world, profound lore, and many interesting characters. That’s exactly what the geek inside you yearns for. But there’s a catch: the world feels too centered around you. Everything exists in this world for you to interact with. Everyone lives to explain plot threads to you. Basically, the gameplay stops every now and then, so the game can spoon-feed you information about the story. That feels somewhat artificial, doesn’t it?

This narration style has become so commonplace that for a long time, no one questioned it, at least not knowingly. But as video games realized their unique storytelling potential, a new alternative form evolved: Immersion Storytelling.

Immersion Storytelling is not an established concept. It was only introduced several months ago by Yahtzee Crowshaw in this video: Forget Linear Stories, Give Me More Immersion Storytelling. (And it should not be mistaken with “Immersive Storytelling,” which refers to experiencing stories with VR). But it’s crucial to the point that I believe it should enter video game discourse ASAP.

I know what you might be thinking: Dark Souls. It always comes down to that game. Dark Souls indeed helped immersion storytelling become popular, but it wasn’t the first game that attempted to do something like that. Ever since the days of Ultima 7 and immersive sims like System Shock and Deus Ex, there have been attempts to make a video game world feel alive and dynamic rather than something in the service of the narrative. But Immersion Storytelling, in the sense that Yahtzee uses the phrase, is a recent phenomenon and is inspired by the whole Soulslike revolution.

Environmental Storytelling is one of the biggest game design influences on Immersion Storytelling, but they are not exactly the same. The reason is that a game could heavily feature environmental storytelling and still have a linear narrative. A good example of that is the Bioshock series. Bioshock 1, 2, and Infinite all heavily feature environmental storytelling. By paying attention to the environment around you, you can get a lot of information about the setting, character backgrounds, or events that have happened in the past. This is great because it engages the player’s intuition. You look at a sign that says: “No Gods or Kings; Only Man” with the imposing statue of a man above, and you can already deduce a lot from that, like the fall of Judeo-Christian values, high emphasis on individuality, preaching egoism (which might explain the egoistic ramblings of Splicers, the enemies of the game), the desire for the man on the statue to see himself as a god, etc. That sure beats reading a boring codex entry that explains all those things directly. Environmental storytelling is a step in the right direction for video game narrative because it uses the strengths of the medium (interactivity and visuality) to its advantage. However, it’s not the final step since it doesn’t solve one crucial problem: the gap between gameplay and narrative. (or Ludonarrative Dissonance, if you want to sound enlightened).

Bioshock Infinite suffered from this problem. There are long sections – especially in the first half – where you’re walking around and just absorbing everything without engaging in combat. The art direction and the world around you are so mesmerizing that you probably don’t mind this at all. I sure didn’t. But still, it doesn’t change the fact that the game itself sees combat as an obstacle to the story it wants to tell. As a matter of fact, in the competition between story and combat, the story ultimately wins. By the end of the game, I had not used many of the game’s weapons and vigours. Not only because the game was easy (even on hard) but also because the combat was simply not utilized enough due to how story-heavy the game is. When I played the game’s combat-only DLC “Clash in Clouds” and tried to do its challenges, I was blown away by discovering all the different strategies and combos that I never got a chance to use in the main game because I didn’t even know they existed. I imagine the game’s developers knew that, too, and that’s why they made a non-story combat-only DLC in the first place.

Bioshock Infinite does Environmental storytelling pretty well. All the posters, signs, decorations, and even item placements say something about the story and the game world. But still, the game doesn’t do what Immersion Storytelling is supposed to do, and that is to combine gameplay and story seamlessly and break artificial linearity. Although the game does not have cut scenes, the long walking-and-talking sections have the same function anyway. All and all, the game is still telling a linear story. 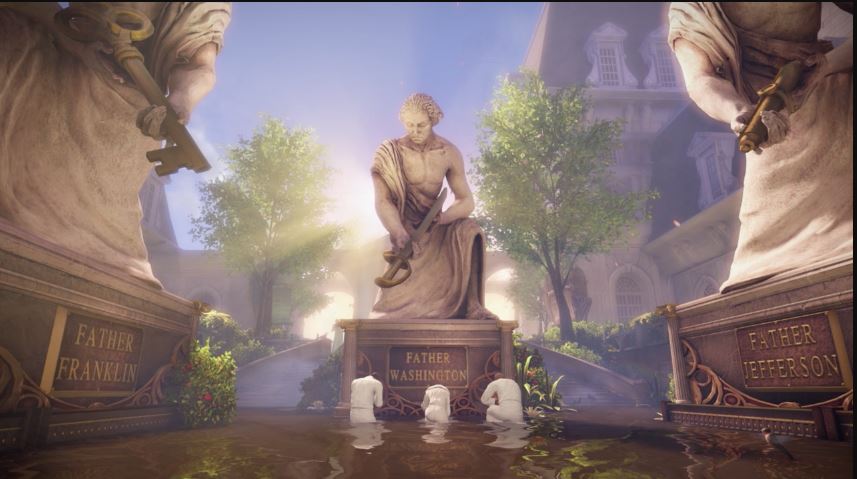 …So what exactly is Immersion Storytelling?

This is why the technique is used in many games where the main event has already happened, and you live in the aftermath. Games like Dark Souls, Return of the Obra Dinn, Her Story, Tunic, or many of the recent “Time Loop” games.

All these games have something in common: there’s no linear structure in which all players figure out the plot and the world-building elements at the same rate. There are just a lot of different clues and breadcrumbs scattered throughout the game world, and it’s up to you to discover or interpret them. In such a game, the player can discover important plot twists sooner or later than others, depending on what kind of clue they come across first and how quickly they can put two and two together. The fact that the big revelatory moment in a game is not something fixed but happens entirely in your brain is a new exciting way to experience stories.

Let me give you a personal example. When I first stumbled upon “The Great Gray Wolf Sif” boss fight in Dark Souls, I knew nothing about this creature. All I could see was a giant white canine creature with a sword in his mouth. Much later, I found out on the internet that Sif was not being hostile; he was actually attacking you, so you could not enter the Abyss and suffer the same horrible fate that his master did. When I found out about that, it gave me goosebumps. Indeed, the game didn’t give me any direct information. Still, the design of Sif, the boss fight, the way he limps after taking a lot of damage, and the simple fact that you’re fighting a beautiful wolf all created an elegiac feeling that was only enhanced by the raw information I received later. 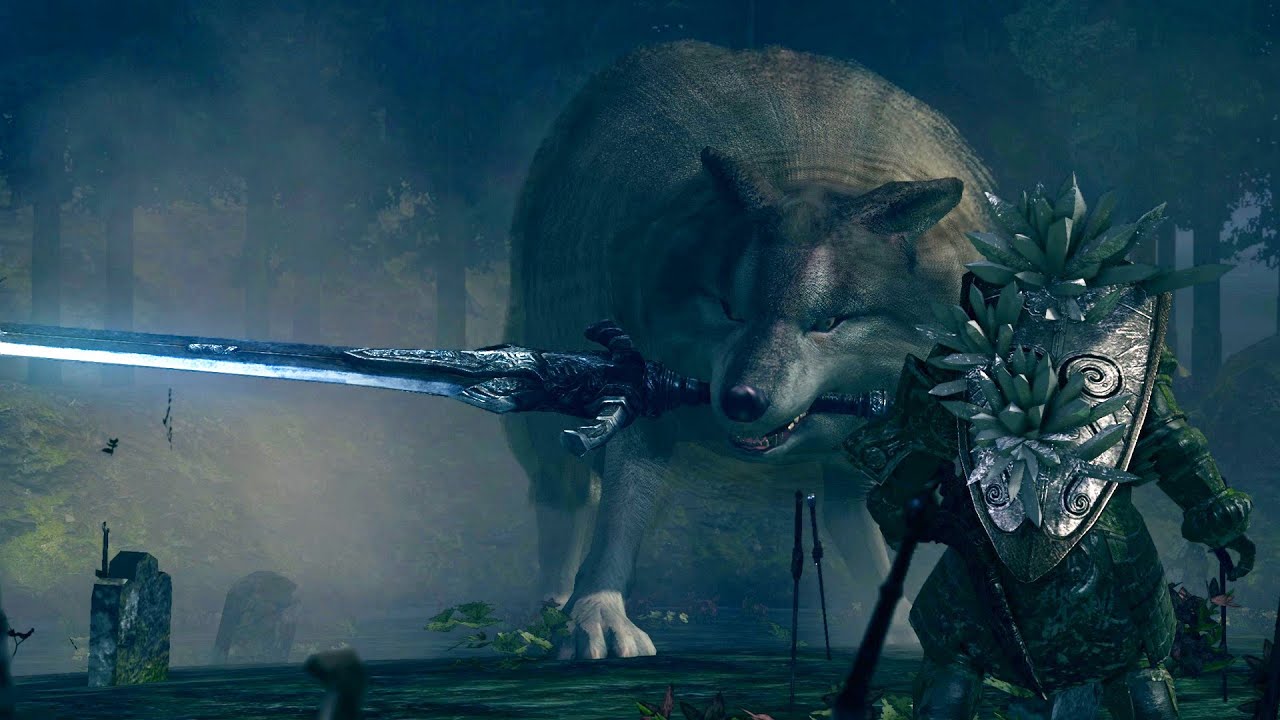 This example explains the attraction behind Immersion Storytelling. It’s highly intuitive. It bypasses the artificiality of structure and conveys its story through images that evoke certain feelings and ideas. For example, in Journey, you see structures and environments that create a certain spiritual sense. The game doesn’t explain them to you, but the feeling they convey works better than any possible convoluted world-building about the spiritual journey of carpet people ever could. Immersion Storytelling’s ultimate goal is to touch somewhere deep in your soul that words don’t have access to, in the same way that a piece of outstanding music does. 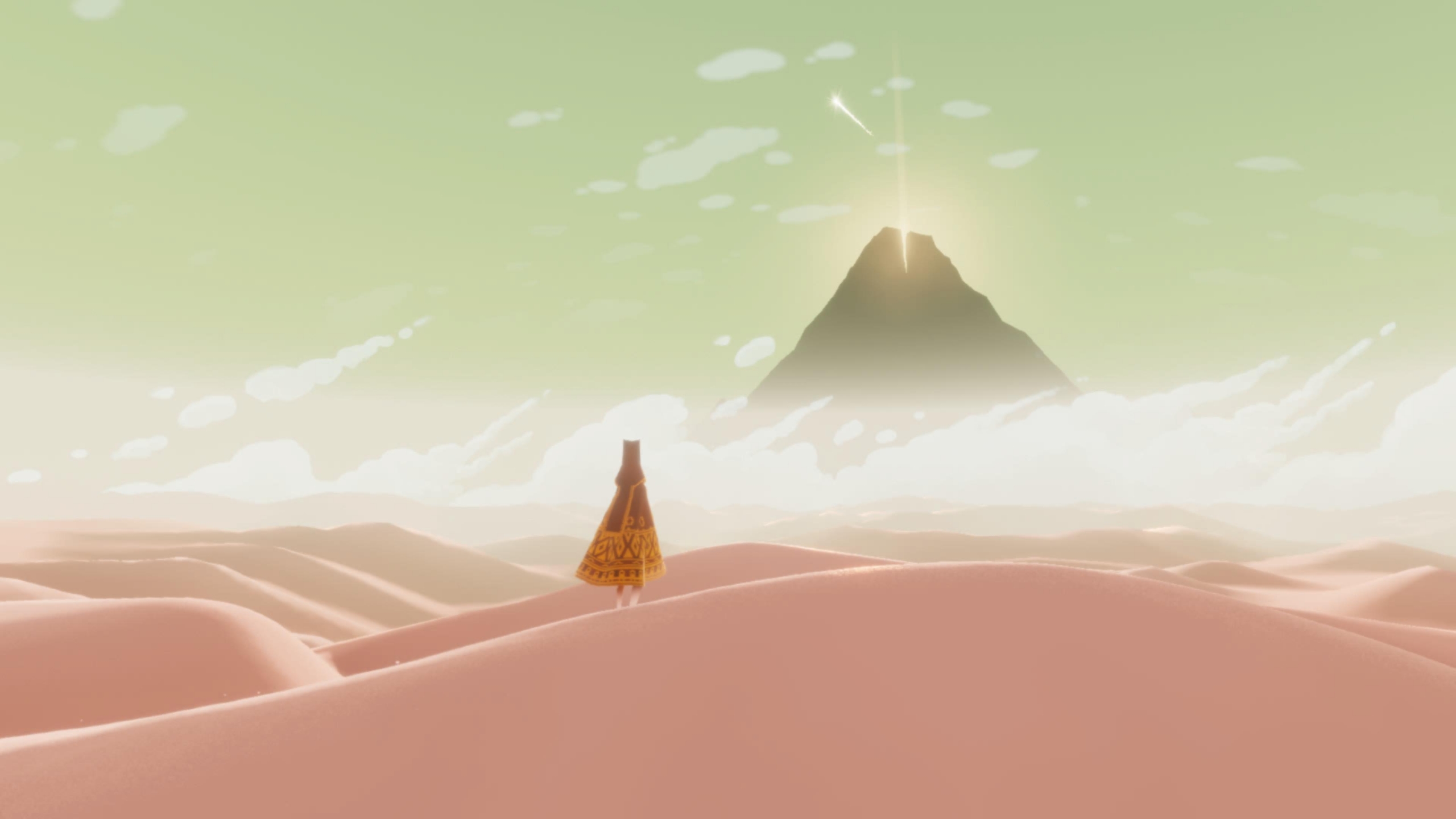 But if you have a heart made of stone, no worries. This style of narration has practical purposes too. For example, Tunic, the game where you play as a cute fox-boy, uses a made-up alphabet and features indecipherable manual instructions that have to be understood intuitively through images and connecting different dots together. This imaginary alphabet not only conveys the feeling that you’re adventuring in a truly fantastical world, but it’s the basis for many creative puzzles that light up your brain’s synapses. 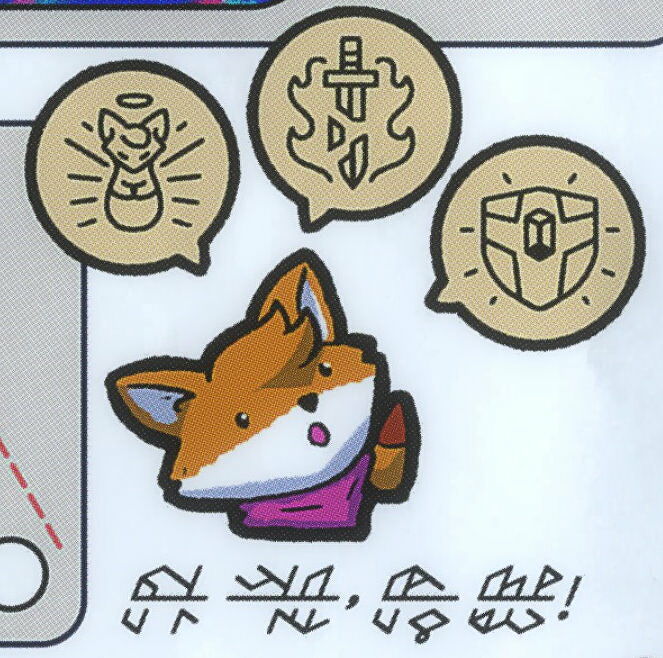 Another point that Yahtzee makes – that made me reach groundbreaking realizations – was that Fighting games (like Tekken, Street Fighter, and Mortal Kombat) were actually pioneers of Immersion Storytelling. If you played these games in childhood, you probably remember that the only clue you had about each character’s stories was how they looked, their moves, and perhaps a short cut-scene after finishing the single-player campaign with each one of them. When I was a kid, I used to play Tekken 3 a lot. I remember how deeply I was affected by each character, despite not knowing anything about them plot-wise. The reason behind it was that each character’s design and fighting moves expressed enough about their personality to create impressions that stayed with me. For example, I remember how Yoshimitsu had an attack in which he stabbed himself with his sword, which would not only damage himself but highly damage the opponent if they were standing behind him. He also had another move in which he would sit on the ground, slowly heal himself, and then teleport behind the opponent’s back. These moves, plus his appearance, were enough for me to identify him as a cybernetic ninja troll, and that was enough for me to “get” Yoshimitsu as a character and like him. Many of the games that feature a selectable cast of characters – from fighting games and hero shooters to RTS and MOBA games – unconsciously featured certain degrees of Immersion Storytelling because they were all forced to establish an identity for their characters and units through images, voice lines, and concept arts, rather than a linear narrative. One of the most notable examples that come to mind is the character of Fiddlesticks in League of Legends. Fiddlesticks is a demonic scarecrow that uses each individual’s worst fears and paranoia against them. If you don’t know anything about Fiddlestick’s lore, you can “get” his character just by how he’s used in the game. He can create effigies of himself across the map. If the opponents pass them by for a few seconds, they will be confused about whether they see the real Fiddlesticks or one of his effigies. Also, his ult is him suddenly jumping from a corner with a scream, dealing insane damage to enemies in the area.

Playing against Fiddlesticks is a game of constant paranoia. You never know when or where he’s going to jump at you. By only playing him or playing against him, you can see that the whole aesthetic is based on fear and paranoia. His gameplay IS his lore. Just not with words.

I believe the success of Arcane can be partly attributed to the Immersion Storytelling that the game does so well through its voice lines, character interactions, and visual design of champions and their abilities. Long before Jinx became the popular main character of an acclaimed series, she was an aesthetic: the aesthetic of a Harlequin-type crazy girl suffering from mental problems. Hearing her voice line: “Rules are made to be broken… like buildings! Or people!”, combined with the quirky naming of her weapons (Fishbones and Pow-Pow), would immediately establish an identity for her that was not reliant on any linear plot. And this identity was so strong that the show’s writers could easily build upon it. 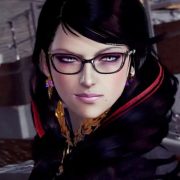 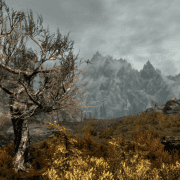 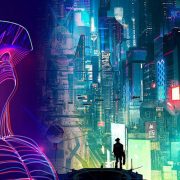 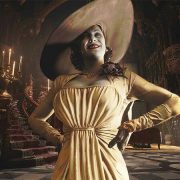